Grab The Edited Recordings Of
The Titans Of Real Estate 2 Day Event
Plus Hours of Bonus Trainings with all of the speakers backstage in the Deluxe Edition.

The Next best thing to being there…

… It’s because you haven’t yet discovered these “new school tools” that is the core reason behind 100% of the most successful real estate agents in Australia (and the world).

Figure this out and the world is your oyster.

Don’t Miss Your Copy:
THE TITANS OF REAL ESTATE SUMMIT 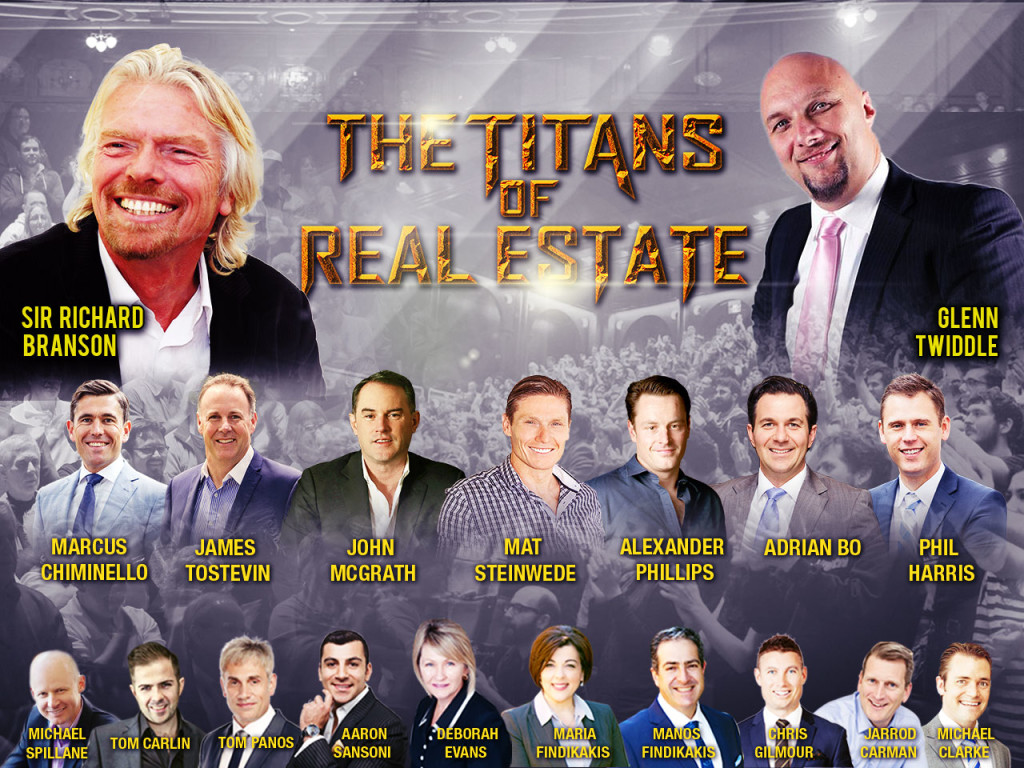 Discover the FASTEST track toward the millionaire real estate agent lifestyle at the TITANS OF REAL ESTATE SUMMIT… Where you’ll discover the systems, tools and strategies that Australia’s most successful and powerful real estate agents use to build $1,000,000+ real estate empires over and over again!

Imagine being led step-by-step by these master teachers and implementers as they walk you through their concise and thorough set of instructions and blueprints that you can use IMMEDIATELY in your own real estate business so that you can start making more money, faster, while putting in fewer hours for better results…

If You’ve Been Searching For The Shortcut To Massive
Million Dollar Success As A Real Estate Agent,
You MUST Have This In Your Library Now!

The TITANS OF REAL ESTATE SUMMIT List Of Speakers Includes The #1, #2, & #3 Highest Selling Real Estate Agents In The Country! 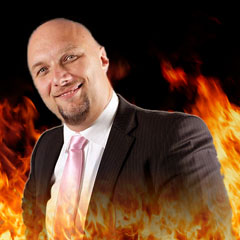 Rebel Real Estate Marketer (and the man who bought you Arnold Schwarzenegger) provides real estate agents a step by step, 1-2-3 system for becoming the Number 1 Real Estate Agent in your area in 3 years or less, no matter what your experience right now, Using a combination of ‘Guerrilla Marketing,’ ‘Outrageous Advertising’ and ‘Out of the Box’ marketing ideas, Glenn has helped some of the most influential and skilled agents in the country, and now Internationally including Canada, USA and NZ, take their career to a new level. 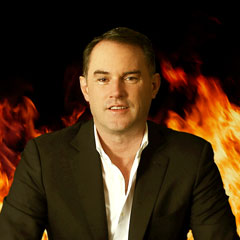 John McGrath is considered one of the most influential figures in the Australian property industry. As Chief Executive of McGrath Estate Agents, he took the company from a lounge room start-up in 1988 to one of Australia’s most successful residential real estate groups, selling $7 billion in residential property in 2013. John can be seen on TV shows ‘The Block’ as a mentor helping the contestants achieve top dollar with his real estate expertise, and more recently, as a business mentor on ‘ Shark Tank’ helping fellow entrepreneurs realise their dreams as he has done his. 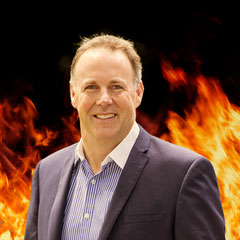 Combine a genuine passion for property, a peerless commitment to client service and an unmatched level of enthusiasm and what do you get? James Tostevin. James has been ranked the number one agent in Australia year after year in recent years. Meticulous time-management and follow-up systems have significantly improved the capacity of those who have attended James’ training sessions.
If anyone is armed to the teeth with the weapons you need to move forward in this uncertain market, it’s the country’s #1 agent. 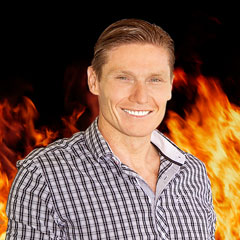 Mat Steinwede was recently described by John McGrath as ‘the best agent on the planet’ and by Glenn Twiddle as ‘the most skilled agent he has ever seen.’ A multi-million dollar agent, who has managed to do the impossible. He has systemized his business, personal team and his marketing allowing him to surf nearly every day, roll into the office at a normal hour, work until normal hours, be home with his family most nights, and still earn hundreds of thousands of dollars in commissions each month. With a brand new talk outlining his latest and greatest techniques for doing what has never been done in Real Estate before, Mat will absolutely blow you away I promise. 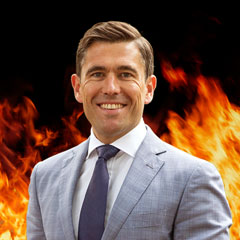 To be #3 in the country you need to be doing something right! Marcus is constantly evolving his business practices as the market changes and matures. Marcus will share with you what has seen him consistently be in the top 3 in the country. Selling well in excess of $200,000,000 worth of Melbourne finest property every year. As an in de3mand speaker, Marcus is frequently sought after on his knowledge and dedication to real estate industry events such as AREC, QREAS, Ideas Exchange and recently sharing the stage with Arnold Schwarzenegger. 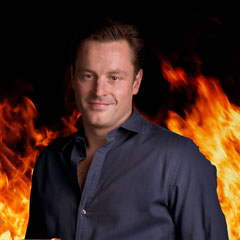 Ranked #2 in Australia & widely respected within the industry, Alexander is a tenacious agent whose annual sales of 150 or more properties averages between $250m – $300m in turnover per annum. His benchmark for success is high (which of course is a level you need to be ranked #2!) Alexander has surrounded himself with a team that matches his drive for success! Keeping ahead of the market, Alexander will share with us how he continues to stay ahead of other agents with the systems within his thriving business 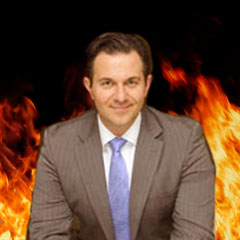 With such high profile clients as Jennifer Hawkins, , Baz Luhrmann, Peter O’Brien, Kimberley Davies, Brad Shepherd, Lisa Ho, Mike Willesee, Shane Lee, Brett Lee, Greg Inglis, Stephen Hunter, Sophie Falkiner, David Warner & Candice Falzon it comes as no surprise that Adrian Bo is consistanly in the Top 10 agents across Australia! Adrian brings a wealth of knowledge into our Titans of Real Estate and will share with you the exact steps he took to be one of the best of the best the industry has ever seen! 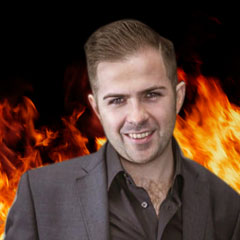 The next generation of Million Dollar Agent (or 2 Million as it is in Tom’s case) Tom Carlin (at just 26 years old!) is seen as the upper echelon, real estate royalty, the young gun of Australian real estate, the one person that everyone is watching to see what his next move will be, the one man that demands perfection of his team… and they enthusiastically deliver day in and day out! This young man stands to be one of the most successful real estate agents ever to produce in Australia. And according to Tom, he’s just warming up !! 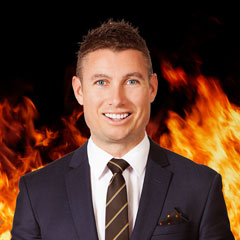 Australia’s Fastest Real Estate Agent! Meet the guy who became a household name in real estate in his second year. Chris will give you ALL the short cuts you need to take over your territory very FAST! These are the ideas and concepts you will want to copy and install into your business to quickly get more listings and make more sales. During this impressive presentation, Chris shares some brand new strategies, that when he first revealed them to a small group of his closest confidants, just dropped their jaw, and sees him maintaining his Million Dollar status year in and year out, while doing less hours each year and spending more time with his family. 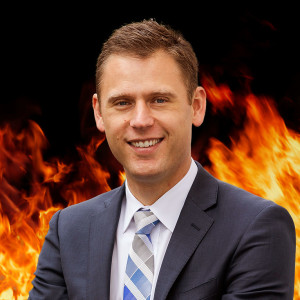 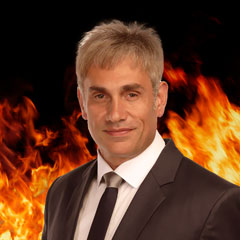 Real estate coach and trainer Tom Panos teaches agents how to attract business and not just chase it. He is regarded as one of Australia’s leading coaches on helping real estate people become 7 figure agents. His weekly video interviews go out to 16,000 agents. Tom conducts training sessions on getting more listings, increasing VPA, stay in touch strategies, buyer and seller negotiation, building your personal brand, buyer management, time management, and using auctions to build an attraction business. Tom also the founder of the Real Estate Gym, 5am Club, he produces a weekly podcast with John McGrath called Million Dollar Agent on iTunes, he is the Real Estate Advertising Director for News Corp and is one of Sydney’s leading Real Estate Auctioneers as well as being a sought after keynote Real Estate speaker. 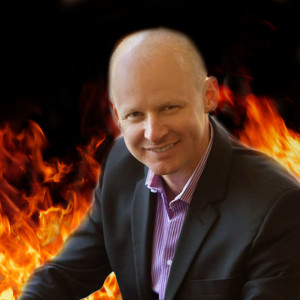 He’s done it all in a very short amount of time, and Michael, Property Marketer of the Year 2011, 2012 & 2013, has achieved this feat that no other agent has EVER achieved.

Notorious for his ‘Outrageous’ videos, which have so far featured Richie Benaud, The Wiggles and other pop culture icons, Michael is adored by his clients, respected by his peers and despised by his competition. (That happens when you decimate their market share) 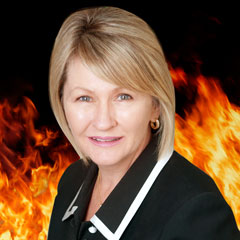 In a continually changing Brisbane property market, Deborah Evans Properties is among an elite team that has managed to constantly succeed and consistently shine above and beyond the competition.

Deborah started her career in real estate 14 years ago, and in September 1998 established RE/MAX Results in the inner city popular suburb of Morningside. The following years presented Deborah the opportunity to establish her own team within RE/MAX Results, Deborah Evans Properties.
With so many accolades under her belt, Deborah was first awarded number 1 RE/MAX Team Australia in 2001 and has continued to achieve Number 1 RE/MAX Team Australia for the following consecutive years 2006, 2007, 2008, 2009, 2010 and 2011.

“Lean On Me, I have the team, the drive and the expertise to make your dream a reality.” 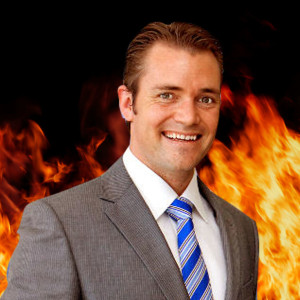 With an unwavering focus on achieving the best possible outcome for his clients and over one billion dollars worth of property sales on the Northern Beaches. Michael Clarke has firmly established himself as one Sydney’s most successful agents. Prior to founding Clarke & Humel Property with his wife and business partner, Cherie, Michael rose to being the No.1 agent on the northern beaches for one of its largest franchise groups.
His dedication for the industry, together with a strong drive to succeed and finely honed negotiation skills, have led him to being ranked 5th in the Real Estate Business list of top 100 agents in Australia for 2014. Equipped with a degree in Communications and Advertising and backed by a close knit team of specialists, Michael is the perfect choice when it comes to buying or selling. 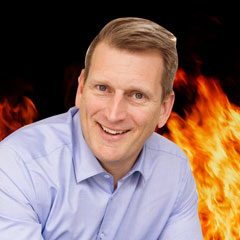 Jarrod is an extraordinarily successful real estate agent, writing over a million dollars in GCI and is in the top echelon of real estate agents around the country. Jarrod has built an office from a team of four to a team of 27 in less than 12 months and has major market share in his marketplace. He has an honours degree in Psychology and is a business owner, investor, director, seminar presenter and trainer.
He has been involved in over a thousand real estate transactions and is considered a trusted advisor within his local marketplace and the real estate industry as a whole. He is creative and innovative with video marketing and social media strategies and has appeared on TV and radio.
He is knowledgeable and willing to impart that knowledge to anyone wanting assistance. He is a brilliant marketer and a trained professional negotiator and he loves to help those around him achieve not only their real estate goals but their goals in life. 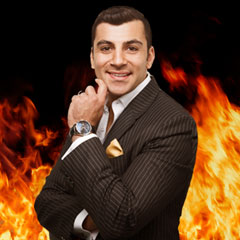 One of the most in-demand sales trainers in the world, Aaron Sansoni (known as ‘The Sales King”) will share his business secrets normally reserved for Millionaire Mindset clients who pay him $25,000.00 a day! (Making him the highest paid Sales Trainer in Australian real estate). Recently nominated for Entrepreneur of the Year, Aaron will empower you with his ‘Sales 3.0’ philosophy! Sales in the 21st Century has changed, and none and more equipped than Aaron to show you the path to success in this new economy. Considered one of the leading business authorities on the planet, he has shared the stage with countless global speakers, as well as entrepreneurial business heavyweights like Richard Branson! 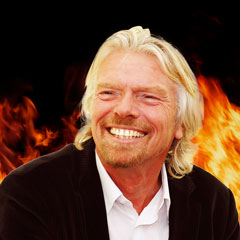 This man really needs no introduction, what do you say about a man who has single handily changed the way we viewed business ownership. Founder of the Virgin the Group has successful businesses in sectors including mobile telephony, travel & transportation, financial services, leisure & entertainment and health & wellness. Virgin has created more than 400 branded companies worldwide and employs more than 60,000 people, operating in over 50 countries.

Sir Richard has challenged himself with many record breaking adventures, including the fastest ever Atlantic Ocean crossing, a series of hot air balloon journeys and kitesurfing across the Channel. He has described Virgin Galactic, the world’s first commercial spaceline, as “the greatest adventure of all.”

(Sir Richard Branson’s talk in it’s entirety will not be made available. A 5-10 minute edited down version will be provided in order for you to get the lessons that he shared.) 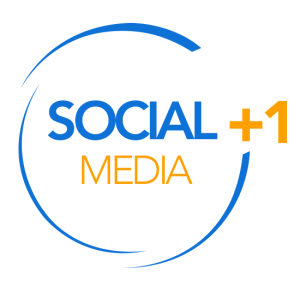 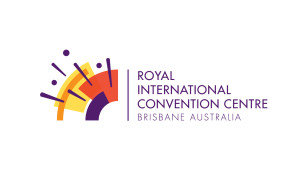 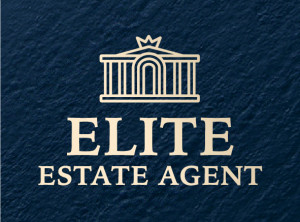 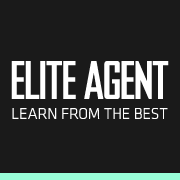